What is computing 'at the edge?' 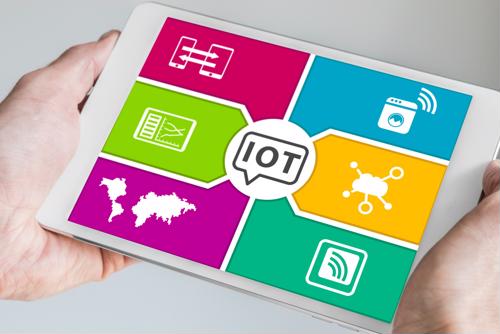 Edge computing is driving transformation of how data is being handled, processed and transmitted from millions of devices worldwide. As the number of internet-connected devices continues to expand, the internet of things (IoT) is empowering edge-computing systems. This can significantly drop the costs of bandwidth for sending data over long distances, and enable real-time applications to run more efficiently.

What is edge computing?
According to reporting from Data Center Magazine, Gartner defines edge computing as "a part of a distributed computing topology in which information processing is located close to the edge – where things and people produce or consume that information." Edge computing takes the computation and data storage parts of the puzzle and fits them into place close to where the devices live and are gathering and transmitting the information, decentralizing tasks and making centralized servers less the focus and more of a backup.

This is particularly important for applications that depend on real-time connectivity because latency issues can affect their performance. The exponential growth of IoT devices has led to the generation of enormous amounts of data, causing costs in bandwidth to rise sharply. By installing edge-computing hardware and services to serve as a local source of processing and storage, you can cut costs and improve speed. An edge gateway can process data from an edge device, send necessary data back in real time for decisioning at the edge, or parse and forward only required data back through the cloud, reducing bandwidth needs.

Edge devices can include:

AI and the edge
Cost savings are one of the largest drivers for edge-computing architecture adoption and deployment, but right behind that is the ability to process and store data more quickly and efficiently. GrandViewResearch notes that an edge AI system can help enterprises make real-time decisions in a matter of milliseconds. The AI component of edge computing is manifesting in tiny chipsets that can be built into smaller devices such as drones, medical devices and robotics. AI algorithms typically require massive processing power, which formerly restricted them to cloud services. AI chipsets  can handle processing at the edge for instant computing.

For example, consider facial recognition. A smartphone scans a person's face, then must send the image to run the facial recognition algorithm through a cloud-based service. Edge computing allows the algorithm to run locally on an edge server or gateway. It might even be able to run on the smartphone itself, cutting the time for returned results to a fraction of what it took before. Edge computing is the future for virtual and augmented reality, and will be the driving force behind the adoption of building automation, self-driving cars and smart cities.

Data security at the edge
The final problem that is still in the process of being solved is security at the edge. Devices can be easier to hack than systems, and bad actors are already discovering how to infiltrate entire networks through devices at the edge. It is critical, as IoT device adoption continues to grow exponentially, that IT departments understand and take action to protect against the potential security issues around these devices, securing systems by making sure that data is encrypted. Instituting zero-trust controls, VPN tunneling, and wider firewalls can help protect data at the edge.

Perle has the hardware you need to equip your centralized hub and support your distributed devices. Read our customer success stories today.