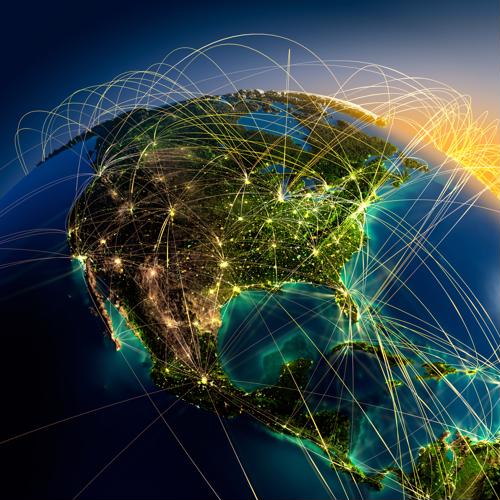 Although the technology sector has been hyper-focused on the release of 5G connectivity and the higher band throughput, faster speeds and reduced latency that come along with it, there's another major development on the horizon: Wi-Fi 6. Since most work sites rely on localized private networks and connections, next-generation Wi-Fi represents the logical next step in digital transformation, especially for organizations that rely on Internet of Things technologies. Ensuring stable and consistent connectivity for IoT devices is crucial to companies' ability to gather, organize and collect data. But what new features does Wi-Fi 6 bring, and how will it influence enterprise IT in the years ahead?

What is Wi-Fi 6?
Wi-Fi 6 is the latest standard for wireless local area network connections that was first released at the end of 2019. While there are already networking routers on the market that support Wi-Fi 6 protocols, the standard is still relatively new, CNET explained. This emerging networking equipment boasts faster speeds, lower latency, increased bandwidth for big data transfer and improved power efficiency. For environments that rely on a fleet of connected sensors or devices, Wi-Fi 6 is a major upgrade that promises to transform IoT networking for the better.

Wi-Fi 6 and IoT functionality
One of the most beneficial changes between Wi-Fi 6 and previous versions has to do with environments that support multiple connected devices. As Tech Republic pointed out, Wi-Fi- 6 is the first iteration of the 802.11 wireless networking standard to include Orthogonal Frequency Division Multiple Access (OFDMA). Previous versions relied on the less adaptable Orthogonal Frequency Division Multiplexing (OFDM), which often had difficulty when multiple IoT devices were involved. This is because OFDM only transmits data to a single device at a time, leading to issues of lag and unplanned downtime. In contrast, OFDMA is able to relay traffic to multiple devices simultaneously by splitting data into "packets" that help overcome queuing limitations.

In practice, Wi-Fi 6 will allow organizations to create more reliable networking frameworks for IoT devices, regardless of the number of endpoints present at their worksites. For manufacturers, this means more IoT sensors can be installed to monitor the condition and performance of production equipment, ambient temperatures, vibrations and other environmental factors. Energy companies can use Wi-Fi 6 to create secure local connections between remote installations, allowing them to quickly identify and resolve power outages. Almost every industry will benefit from Wi-Fi 6 in some way, but integrating new networking technologies always comes with a few challenges.

Preparing for Wi-Fi 6 integration
Like any networking protocol, Wi-Fi 6 connectivity will require near-constant monitoring and robust cybersecurity tools to mitigate data breaches, ransomware and other external threats. This is because IoT devices are particularly prone to brute-force attacks and malware. According to research from  F-Secure, targeted attacks against IoT equipment increased more than 300% in 2019. Once a hacker gains access to an IoT sensor or security camera, they can add that device to their botnet for use in large-scale DDoS attacks. Ensuring critical systems and endpoints are protected against these types of threats will be a top priority during the rollout of Wi-Fi 6 and beyond.