Why Voice Recognition Has Changed The IoT 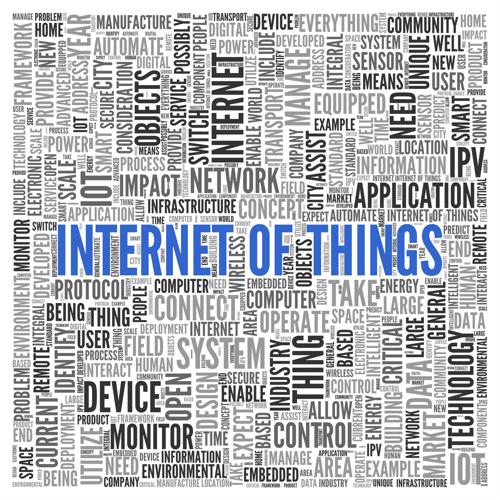 Amazon's Alexa may be the undisputed queen of the smart speaker sector but there is a growing consensus that voice-enabled devices will change the way we interact with the Internet. And while smart speakers are a relatively new member of the Internet of Things, their rapid adoption rate is a new challenge in terms of customer connectivity.

Once seen as a niche tech market, smart speakers such as the Amazon Echo, Google Home and the Apple HomePod have become a ubiquitous feature in millions of homes. TechCrunch reported that the install base in the United States broke through the 66 million-unit mark at the end of 2018, a year-on-year increase of just under 30 million units. Amazon still leads the way with a domestic market share of 70 percent, but voice recognition technology is now part and parcel of the connected society.

A recent report by Juniper Research said that there will be 8 billion digital voice assistants in use by 2023, with smart speakers battling it out with smartphone assistants – Apple's Siri, Google Assistant, for example – to provide people with the aural connectivity and instant access to relevant information that they need. When you factor into the mix the growth of smart TVs and the significant volume of Voice-over-Internet Protocol traffic that already exists, then it becomes clear that network connectivity needs to cope with the increased vocal demands.

One of the selling points of smart speakers and virtual assistants is that – in theory – you can ask a question or play music via a streaming service and get an almost instant response. Although most of the requests for information are mundane (weather, traffic reports, sports scores, for instance), just speaking out loud is not that much different to typing in keywords or phrases to a desktop browser or your smartphone.

When somebody asks a question, that request goes to a server in a data center that is owned by the maker of that smart speaker or virtual assistant. Once the vocal instruction is received, algorithms evaluate the words and tone in order to interpret the request and provide a response. Voice search optimization, therefore, is a crucial factor in making sure that the end user gets the answer or response that they wanted.

According to the 2018 Industry Trends report published by the legendary analyst Mary Meeker, voice search queries are now 35 times larger than they were 10 years ago, with the expectation that this number will continue to grow at an exponential rate. Some of that growth will come from the younger generation, with eMarketer predicting that 2.2 million kids under the age of 11 will use a smart speaker or similar device at least once a month by 2020.

Alexa, lend me your ears

When you consider that voice-activated smart devices are also becoming a familiar feature in millions of residential properties, then the amount of daily vocal requests that data centers will be expected to handle could be in the tens of billions. There is also evidence that voice commerce will take off in the near future, with Juniper predicting that this will hit $80 billion per annum by 2023. For the moment, shopping remains a low priority – around 23 percent of smart speaker owners buy online with their voice, according to an Adobe report cited by Digital Trends – but the ability to ask Alexa to add something to your personal shopping list has been baked in to the Echo ecosystem for at least two years.

The fact of the matter is that voice-user interfaces are here to stay. Irrespective of how Apple, Google, Amazon or any of the leading smartphone manufacturers choose to tweak their voice recognition software in the near future, the market for voice-enabled devices will continue to grow. Household items such as clocks, lamps, mirrors, refrigerators and TVs already come with built-in microphones, while tech tradeshow CES is often filled with hands-free devices that are designed to make life easier.

The caveat to this is that it was not much more than 10 years ago that most people only accessed the Internet via a desktop computer or something similar. The connected society changed that beyond recognition, and data centers scaled up to meet demand. Voice is still the new tech on the block, but if it follows the same path as the ubiquitous computer in our pockets, then companies will need to make sure that their processing tools and network connectivity are up to speed.

Perle's suite of high-performance networking tools can help to provide the critical connectivity that organizations require to compete. To find out more about how we have helped other companies take advantage of the Internet of Things, then read some of our customer stories.