NASHVILLE, TN - July 28, 2015 — Broadcasting Corporations are faced with many challenges in the always-on world of today. Almost half of the world’s population has access to the internet. Consumers are demanding a more interactive and customised experience with outstanding streaming, picture and sound quality across multi-platform devices. The Global Broadcast and Media Industry Analysis Report expects that the market will expand to US $597 billion by 2017. 1

“Market expansion for Broadcasting requires enhancement of the network infrastructure to meet demands of the customer,” explains John Feeney, COO at Perle Systems. “Working in partnership with CBS, Directv and Comcast, to name a few, we often advise on how to optimize and expand an IP-based infrastructure while utilising existing network devices.” 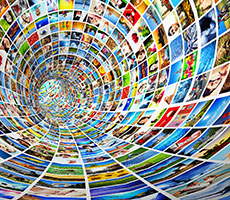 8 out of the 10 largest Broadcasting companies in the world have installed Perle Device Networking Hardware. For example, Time Warner Cable uses Perle Media Converters to extend its copper over fiber and Console Servers for secure remote management of data center equipment. Perle device networking hardware can be found at Broadcasting leaders such as, Walt Disney, Bertelsmann, QVC, and Warner Bros. A partial list of customers and case studies can be found here.