As Government budgets for IT spend increase, Perle shares how some of the money is being spent.

NASHVILLE, TN - April 9, 2015 — The US Budget for IT spend increased by 3% in 2015 to $84,361 million¹.  Perle Systems, a manufacturer of advanced device networking hardware used in local, state and federal government applications, discloses how some of the agency spend is being allocated.

Government CTO’s must balance on a tight rope to achieve efficiency across federal IT departments and protect the taxpayer bottom line. Taxpayers want to know that their money will not be squandered on admin and procurement, but spent wisely to improve services.

“CTO’s are working carefully to evaluate how they are going to implement network upgrades,” comments John Feeney, Chief Operating Officer at Perle Systems. “This migration plan is critical to ensure that a technology investment today does not run the risk of becoming a roadblock in the future. A new network infrastructure must be established in such a way that future upgrades can be made relatively easily.” 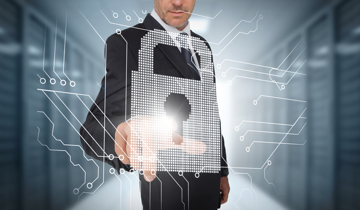 With the pace at which developments in technology are moving and the need to meet stringent security requirements such as NERC CIP and e-government initiatives, a CTO may be tempted to simply rip and replace entire systems. However, this is an expensive proposition that is often unnecessary. Here is what Perle is seeing as sales into the Government Sector skyrocket.

1. Making use of the existing cabling infrastructure

To deal with network expansion additional copper or fiber cabling could be installed.  However, this is an extremely costly solution. Most buildings have unused copper wiring installations left over from telephones, alarm circuits, serial applications, CATV and other equipment. Ethernet Extenders are being used to tap into that existing copper wire to transmit Ethernet frames up to 10,000 feet to Ethernet attached devices like routers, switches, PCs, digital sensors, VoIP phones, Wi-Fi Access points and IP cameras.

Fiber cable is necessary in applications where network distances need to be extended up to 160km, data transmissions need to be protected from noise and interference, or significant additional bandwidth capacity is required.  However, replacing cabling and copper ethernet-based hardware does not need to be done simultaneously. Fiber based switches, routers and firewalls are generally three times more expensive than their copper based counterparts. Investing in inexpensive copper to fiber media converters enables agencies to attach existing copper-based devices to the new fiber cable infrastructure.  Wholesale hardware changes can then be rolled out overtime as the cost of fiber based hardware decreases.

In industrial, field and military scenarios, the existing hardware may be serial EIA/RS-232, EIA/RS-422 or EIA/RS-485 based.  In these cases the cost to upgrade associated applications to communicate with new Ethernet based hardware far out weights the cost of implementing a simple serial to Ethernet terminal server.

3. Investing in hardware that improves efficiency and maintains network security

Although systems and equipment can often be managed from the network itself, such access may not always be possible. Fortunately, most computer systems and network devices provide a serial port for local and remote access. Serial Console Servers offer network or dial-up access to local system ports. Administrators are able to have access from anywhere, just as if they were connected locally through a serial connection. Remote management helps reduce costs yet maintains network security.

To ensure taxpayer money is spent wisely, CTO’s working for governments are looking to companies who offer solutions that fit into a migration plan that ensures today’s installation will not be a costly problem tomorrow.

Perle Systems offers extensive government case studies, application note and whitepapers to highlight how some agencies are keeping their systems and networks operational.