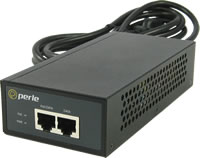 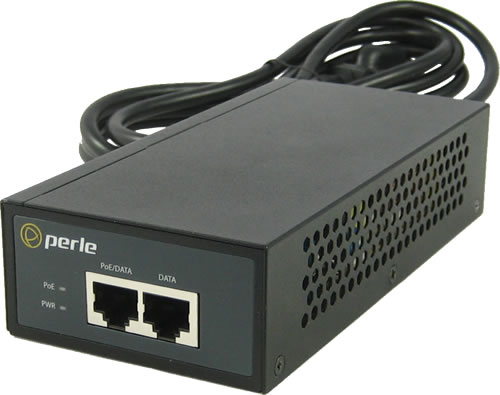 Get a quote Product Question?

The Perle PINJ30 is a single port, high power PoE+ mid-span injector.  It acts as an intermediary device between a non-PoE switch and a PoE device to inject fully compliant power over the Ethernet cable.

Generating up to 30 Watts, the PINJ30 provides electrical power to remote PD access points, pan-tilt and zoom (PTZ) cameras and video-phones. It complies with the IEEE 802.3at PoE+ standard (30W of power) and is backward compatible with IEEE802.3af PoE (15.4W of power). It is designed to power existing 10/100Base-T network devices and Gigabit devices such as IEEE 802.11ac access points and IP cameras.   Learn more about PoE.

With the PINJ30, there is no need to buy an expensive PoE switch or install electrical wiring and outlets in hard to reach locations.  Just use and open port on an existing non-PoE switch to save time and money by sending power and data over the same cable.

*As per Telcordia Issue 2