Bright future ahead for solar sector 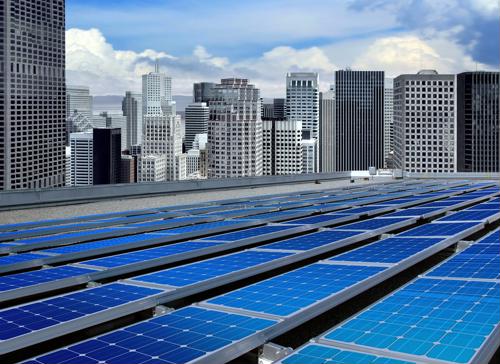 On April 25, 1954, researchers for Bell Laboratories in Murray Hill, New Jersey, debuted yet another groundbreaking innovation. The organization, which had produced the first transistor seven years earlier, was known as an idea factory of sorts, according to Wired. However, this newest discovery was not destined to shock the world as the transistor did. In fact, it would be decades before businesses and private citizens truly harnessed its potential. Even so, the practical solar cell was born on this day, according to the American Physical Society.

The press heralded its arrival. One reporter for The New York Times wrote the technology marked "the beginning of a new era, leading eventually to the realization of one of mankind's most cherished dreams - the harnessing of the almost limitless energy of the sun for the uses of civilization."

In the years since Bell publicized the solar cell, it has developed into an essential technology, buttressing a growing industry that looks to overtake traditional forces within the energy arena. The market for solar technology grew by 97 percent in 2016, finishing the year as the top source of new electric-generating additions, according to data from the Solar Industries Association. This development has catalyzed economic and job growth within the U.S. and abroad. Solar companies now employ the largest number of workers within the energy sector, the Department of Energy reported.

The industry is poised to progress even further as firms develop new photovoltaic devices and improve on the core hardware and software that make the technology possible.

Enterprises move solar forward
Solar failed to catch on with businesses in the wake of the Bell Laboratories presentation in 1954. The technology was new and overly expensive, making it a tough sell for even the most deep-pocketed companies. It eventually found a place within the burgeoning satellite fabrication industry and started spreading to other sectors soon after. Now, organizations across the globe have embraced solar, with many pursuing aggressive renewable energy goals dependent on the technology. Google is at the forefront of the movement.

The search giant, which consumed as much wattage as San Francisco in 2016, now relies entirely on wind and solar energy sources, The New York Times reported. Google has invested heavily in solar technology over the last decade, swapping carbon-based power generation methods for environmentally friendly alternatives derived from wind farms and solar fields. Other major companies including Apple and Facebook are following similar paths, according to The Guardian. Progress of this kind begets further adoption in the commercial sector, as prospective solar companies look for workable implementation and use strategies.

"For one company to be doing this is a very big deal. It means other companies of a similar scale will feel pressure to move," Jonathan Koomey, an earth sciences researcher and lecturer at Stanford University, told The Times. "Every time you double production, you reduce the cost of solar by about 20 percent."

More innovation to come
Even with widespread adoption within the commercial arena, solar technology producers must still overcome formidable barriers to get everyday buyers onboard. Price is still a key pain point. Outfitting a single-family home with photovoltaic fixtures can cost anywhere from $20,000 to $50,000, The New York Times reported. However, state and federal tax incentives ease this fiscal burden significantly, offering families the opportunity to install commercial solar setups.

Similar incentives have also driven local governments to fund public projects based on photovoltaic devices. Officials in New York recently celebrated the completion of a Brooklyn-based solar installation featuring more than 3,100 panels. The city hopes to generate 100 megawatts of renewable energy by 2025 using panels placed on public buildings. Government engineers in Normandy, France, went a more ambitious route in December, embedding solar technology within a 100-kilometer stretch of roadway, according to The Verge. While pricey, the project represents the myriad of installation options possible with solar technology.

In January, solar power became cheaper than coal in the Jordan, Mexico, the United Arab Emirates and Saudi Arabia, Bloomberg reported. This shift, along with increased adoption rates in the commercial and private markets, may signal the arrival of solar technology, more than 70 years after its debut at Bell Laboratories.

Perle has long supported the development of the resource, providing support to key stakeholders in the emerging industry. Firms such as First Solar and SolarCity use our console servers, media converters, and Ethernet extenders to power their innovative devices. Contact us today to learn more about our work in the solar sector.