Can IoT and improved automation save the agriculture industry? 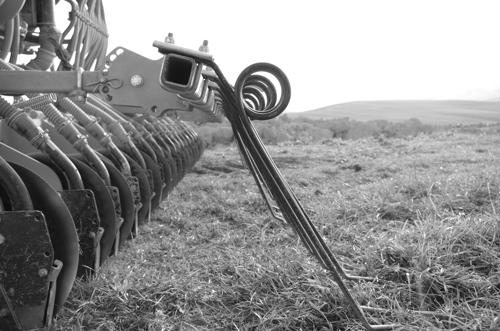 The agriculture industry is arguably the most important on the planet. Civilization's ability to feed itself depends on a stable, abundant stream of food. This would be challenge enough but the agriculture industry today faces additional obstacles. According to a recent U.N. report, the world population is projected to reach nearly ten billion by 2050.

This means that food production must increase, which puts even more demands on the land. Not just for crops but, if human beings - particularly in first world countries - continue to demand a surplus of meat, then more land must be put aside to feed more livestock. Still, this is not the only serious challenge facing the agriculture industry.

To compound the problem, agricultural laborers are an aging population. As of 2012, nearly a third of all workers were over age 45. Given an increasingly complicated national attitude toward immigration, it is unlikely that these numbers will rebound in the near future. Recent data from the Department of Homeland Security indicated that fewer immigrants are attempting to enter the United States; a 46-year low.

Drones and driverless equipment
With an increasing worker shortage and advancing technology, it is only natural that automation is catching on in a big way. A 2017 Digital Trends article highlighted the potential benefits of automation, which includes the ability to turn farming into a continuous process. Unlike human beings, machines do not need sleep - only maintenance.

Automation exists in many forms in the agricultural space. Driverless tractors are already being implemented across the nation. These machines drive set schedules every day, some of which can easily be shifted through a mobile app. They're also programmed with anti-collusion sensors that allow them to shift away from any unforeseen obstacles.

The agricultural industry is also increasingly turning to drones to provide crucial crop imaging. This will allow farmers the ability to measure soil fertility and water levels in more comprehensive ways. It will also ensure that any potential blight is identified early on - removing the disease before it has time to spread.

The oldest farming automation is, of course, sprinkler and heating systems. These have been timed for at least a few decades, but increasing specification will allow for greater diversity of treatment. For example, early heating systems turned the lights on for an entire row of plants. Now, thanks to advanced sensors, lights know exactly which plants to turn on for. An Io2hubshowed these improvements with IoT-enabled devices as becoming so simple to program that elementary school children are now making fully functional models in class.

Coping with climate change
If the worker shortage was not challenge enough - the climate is shifting. Pre-Trump Administration Environmental Protection Agency data showed that significant climate events have already negatively affected food production. Rising waters and increasing patterns of drought or flooding will continue to complicate crop schedules. This is compounded by a steadily rising global temperature.

A stronger network
With these challenges facing the agricultural industry, the dependency on automation is needed. Civilization cannot afford to have this sector fail. As farming companies upgrade their equipment to place more emphasis on robotics, they will need a stronger network to support this increased data flow. Perle provides a multitude of tools for companies in this position, including industrial-grade Ethernet switches, Ethernet copper extenders and power surge protectors to ensure that overheating does not occur.

With the agricultural industry forming the backbone of the world, it appears that IoT technology will need to be empowered to ensure a functioning network of automated devices. As more farms increase spending in IoT network hardware, Perle will be there to provide the critical networking infrastructure required for agricultural institutions at all levels to rise to the challenge. Connect with us today to learn more about our work in the agricultural space.