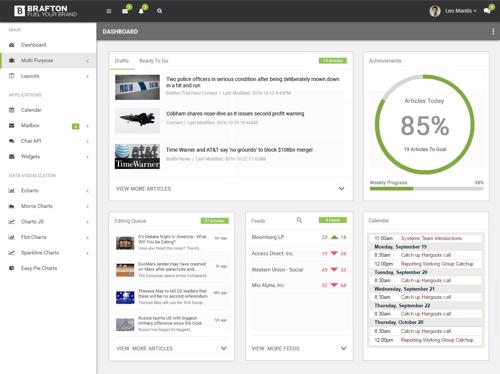 An estimated 8.6 million data centers now operate within the United States, according to research from the International Data Corporation. These facilities often consume large swaths of land, hosting hundreds or, in some cases, thousands of servers and the cooling and power infrastructure required to keep them online. In fact, the country is home to the biggest data center on the planet, Data Center Knowledge reported. The Lakeside Technology Center in Chicago measures more than 1 million square feet and occupies part of the massive R.R. Donnelley Printing Plant.

These locations are effective from a data storage and processing standpoint, providing tenants with the resources they need to keep their systems up and running at all times. However, innovators within the industry are beginning to look elsewhere for space suitable for data operations, and some are finding it in the unlikeliest of places.

Servers get the subterranean treatment
The Midwest lies at the epicenter of a data revolution, The Kansas City Star reported. In recent years, multiple service providers in the region have moved their operations underground, retrofitting abandoned limestone mines with the structural fixtures and technology needed to support large-scale server setups. LightEdge Solutions, based in Des Moines, Iowa, is one of those organizations. The cloud services, colocation and consulting company hosts its servers in an underground facility 160 feet beneath Kansas City, Missouri. The space, called SubTropolis, measures 55,000,000 square feet and hosts data storage and processing equipment for multiple companies. Hundreds of other firms also mingle within the cavernous confines of Iron Mountain, another subterranean site nearby.

Why are some many businesses in the area stowing their servers beneath the surface? Security, for one. Facilities such as SubTropolis and Iron Mountain are secluded and difficult to access physically, which alone pleases clients looking for optimal accommodations for sensitive information. Consequently, both structures hold data from government agencies and organizations belonging to high-risk sectors like finance and health care. Additionally, these underground data centers provide protection from the elements, a serious concern for Midwest businesses who regularly contend with severe storms the spawn hard rain, strong winds and the occasional tornado.

"In the Midwest, if you want to secure data, you can't do it above ground," Michael Morey, CEO and president of the regional telecommunications firm Bluebird Network, told the newspaper. "If you don't take it underground, you're at risk for having it get plowed over by a tornado."

Morey oversees an 85,000 square foot below-ground data center in Springfield, Light Reading reported. The City Utilities of Springfield created the space, which sits in an unused limestone mine 85 feet under the surface. Bluebird acquired it in 2014 and installed fiber fixtures to facilitate connectivity and repeaters so that workers could use their cellular devices.

Overall, this region and the innovators who populate it have forced major players in the industry to rethink their data center construction plans and opened up new opportunities for companies searching for optimal data security.

Data centers under the sea
While data storage pioneers in the Midwest search mines for server space, others in the technology sector explore the ocean floor with a similar purpose. In 2013, an engineer at Microsoft drafted a white paper that explored the idea of stockpiling functioning data storage and processing equipment underwater. Higher ups at the organization caught wind of the idea and soon allocated funding for an exploratory initiative aimed at developing submersible servers. The project, named Natick after a character in the Microsoft-made videogame "Halo," kicked off in December 2014. A little over a year later, the five-man Natick team deployed a cylindrical steel structure containing servers off the coast of California. After three months beneath the waves, the device, called Leona Philpot, emerged from the sea unscathed, according to CNN.

The water-tight structure flourished underwater. The sea cooled its internal computing components and blocked out the sun, ocean creatures camped out on its recycled steel exterior and client workloads ran unencumbered. Microsoft is in the process of fabricating a second vessel that features turbines capable of converting passing currents into usable electrical charges. The technology company hopes this project will transform the data center space and encourage the development of energy-efficient, underwater servers that are easy to fabricate and maintain.

"What if we could pump out these pods on an assembly line?" Peter Lee, corporate vice president for Microsoft Research, asked in an interview with the news network. "We could deliver a data center, from conception to operation, in 90 days. That's dramatically different than what's happening today."

As organizations such as Microsoft and LightEdge explore new data storage and processing opportunities, traditional facilities like the Lakeside Technology Center slowly fall out of favor within the industry. In fact, analysts for IDC expect data center penetration to peak this year and then steadily drop off as businesses partner directly with cloud service providers and leave colocation behind. This could incentivize further development of the innovations mentioned above and catalyze a major shift in how data centers are designed and used.

No matter what trends materialize, Perle will be there to provide data center managers with the latest connectivity technology, including cutting-edge console servers and remote serial equipment. Contact us today to learn about our work in the data management sector and explore our product catalog.