How connected devices are transforming the television industry 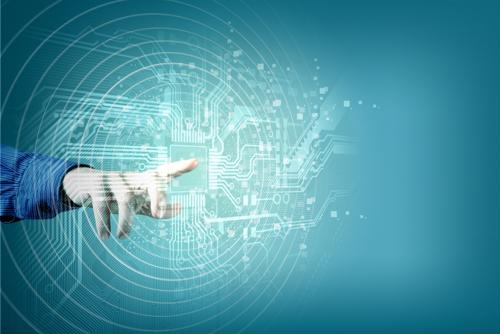 The advent of broadcast television forever altered the media landscape. By 1949, Americans could tune into networks like CBS and NBC to watch rudimentary entertainment programs and catch news updates, according to New York University. The medium went on to experience multiple shifts throughout the 20th century and continues to change even today, with the most recent example being the rise of streaming services. Now, analysts search for the next great force with the potential to move television forward. However, some believe that power is already staring us straight in the face, so to speak: web-enabled technology.

The internet and television have already converged in many respects, but experts expect this union to accelerate as technology companies perfect some of the transformative connected technologies that are already on the market.

An immersive experience
Virtual reality gear has infiltrated a variety of industries, including the education and retail sectors. Now, it's poised to enter the entertainment arena, specifically, cable and broadcast television, Paste reported. VR innovators envision a situation in which viewers can immerse themselves in the action taking place on screen. At the moment, this involves pairing state-the-art headsets with content tailored to VR environments.

Some networks have already begun exploring this relationship, including Cartoon Network, which last year released a VR-enabled companion experience for its hit program "Adventure Time." Users can access the content on Youtube and participate by simply strapping on a headset.

"A lot of the folks here on the crew basically fell in love with VR immediately, almost from day one, and said this would be genius for working with "Adventure Time," Chris Waldron, vice president of Cartoon Network's digital operations, told the online magazine. "The Land of Ooo in the show is pretty enormous and varied and idiosyncratic, and there's lots of interesting nooks and crannies that you'll want to go into and explore."

Others in the industry are avoiding headsets completely and instead leveraging 360-degree video viewed via a mobile device to give fans a more immersive experience. The critically-acclaimed HBO drama "Game of Thrones" did this in April, releasing an updated version of its title sequence that allows viewers to "look around" as the credits roll, according to Wired. Users watching the roughly two-minute clip on smartphones or other cursor-equipped devices can click through a miniature animated map charting the show's key territories as it unfolds before them. The video, released on Facebook, received more than 5.3 million views during its first 24 hours online. It's now up to 13 million.

VR-based television projects like these will become more common as networks find meaningful ways to integrate the technology into the average viewing experience. Of course, increased headset sales may help as well. This year, consumers around the world purchased roughly 1.4 million head-mounted displays, according to Gartner. That number is expected to grow significantly next year to 6.3 million.

Augmented and virtual reality technology has the potential to transform the television industry.

Taking aim at the screen


While VR advocates look to incorporate TVs and other devices into future of entertainment, those on the augmented reality bandwagon intend to make them obsolete. In February, one of the leaders involved with this movement spoke at the TED 2016 Dream conference in Vancouver, British Columbia, Canada, according to Phys.org. Software engineer Alex Kipman, inventor of Microsoft's first AR offering the HoloLens, spoke of a future in which entertainment companies released 3-D experiences rather than flat content made for screens. He slipped on the HoloLens, which is equipped with the world's first independent holographic computer, and used his hands to create a cave and the surface of the moon. Kipman then summoned a TV screen.

"In digital space, we have the power to displace space and time," he explained. "I believe our children's children will grow up in a world devoid of two-dimensional technology. I can see holographical telepresence in our future."

Many others expect the same outcome, Business Insider reported. Several technology stalwarts and burgeoning startups are heavily invested in this future. For instance, the Dania Beach, Florida, company Magic Leap is hard at work engineering AR gear that would allow users to access and manipulate an invisible screen by simply putting on a light-weight headset. Google invested $500 million in the organization. In total, investors have pumped $1.4 billion into the enterprise and this spend has paid off, according to Wired.

Last year, the company released footage from its product for the first time. The video shows a user viewing calendar invites, interactive stock graphics and a 3-D schematic of Mount Everest, all of which float in midair, integrating with reality. At one point, a browser opened to an ecommerce site appears. The user thumbs through the page and adds some footwear to a shopping cart.

"As the VR and AR devices continue to mature, more in the television industry will gravitate toward these technologies."

Magic Leap has already attracted the attention of key entertainment figures thirsting to integrate AR into the viewing experience. Filmmaker Peter Jackson, the mind behind the "Lord of the Rings" and "Hobbit" trilogies, sits on the company's board.

"Once you can create the illusion of solid objects anywhere you want, you create new entertainment opportunities," he told Wired. "Most science fiction films contain some form of what Magic Leap is, whether it's moving data around with a flick of your finger or a holographic phone call or a 3-D chess game. It's been in our consciousness for a long time. Like flying cars. But this will probably beat flying cars."

As the VR and AR devices continue to mature, more in the television industry will gravitate toward these technologies, as they offer exciting new creative opportunities sure to move the medium in a new direction. As this transformation occurs, Perle will be there every step of the way, providing the essential connective infrastructure that supports these wireless marvels. Our fiber media converters Ethernet extenders and device server offerings power some of today's most successful entertainment organizations, including the BBC, Comcast and Warner Brothers. Contact Perle today for more information about our industry-leading fiber to Ethernet, serial to Ethernet and device networking services.