IoT: The next search and rescue essential 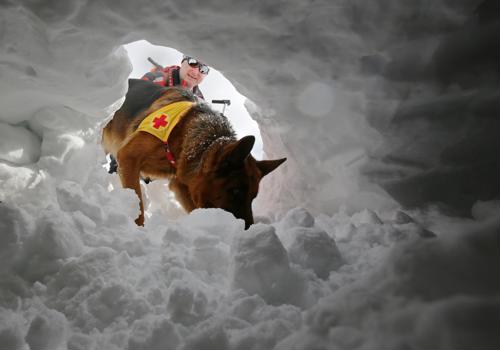 Last month, people across the globe watched transfixed as members of a multinational rescue team attempted to extract a dozen young soccer players and their coach from Tham Luang Nang Non cave in northern Thailand. The rescue operation dragged on for 18 days until finally, on July 10, the global coalition pulled all 13 individuals from the limestone hollow just as monsoon rains settled into the area. An estimated 10,000 individuals contributed to the effort, including cave divers and navy special operators from several countries. While these search and rescue experts propelled the mission to success, they did not do it alone. Numerous next-generation tools allowed these emergency response specialists to monitor their trapped charges and eventually lead them to safety.

Connected fixtures associated with the internet of things were among these essential resources, according to the International Data Group. Of course, for those familiar with this particular class of IoT technology, this comes as no surprise. These items have been available since the advent of the smartphone. However, in recent years, hardware and software makers have managed to perfect such tools, lending emergency response teams cutting-edge gear capable of saving lives.

Mapping unseen technological terrain
The encroaching monsoon rains forced the rescue team stationed at Tham Luang to work quickly, or risk leaving the children and their coach trapped for at least four months - the time it would take for the forthcoming precipitation to cease and leave the cave system unobstructed. However, the stone structure made it difficult for divers to move at an accelerated pace, as a significant number of its sections were submerged beneath freezing-cold water. Even chambers passable on foot posed problems due to extremely low visibility. In fact, rescue team members reported being unable to see their hands when stretched only inches from their faces. These conditions forced the group to bring in 3D mapping technology. The team used Esri's geographic information system, equipped with remote sensing technology, to create real-time renderings of Tham Luang and carefully plan rescue operations to optimize speed and ensure the safety of all involved.

As the emergency response personnel outside of the cave reviewed topographical data and configured rescue routes, environmental specialists monitored the conditions inside of the cavity via a network of connected sensors delivering hourly water depth, oxygen level and air quality readings. With these insights in hand, search and rescue coordinators were able to design an effective extraction plan, which ultimately laid the groundwork for success.

More innovation on the horizon
The IoT technologies deployed last month in Thailand are among a growing group of cutting-edge emergency response tools centered on wireless connectivity. In April 2015, engineers from NASA and the U.S. Department of Homeland Security debuted an experimental search and rescue tool called Finding Individuals for Disaster and Emergency Response, according to National Geographic. The agencies loaned out the device, which resembles a tan briefcase, to emergency teams in Nepal tasked with sifting through collapsed structures destroyed in a massive earthquake. FINDER leveraged low-power microwaves to detect the heartbeats of victims covered in rubble, leading to the rescue of seven Nepalese men.

Of course, engineers are also converting more conventional IoT devices into search and rescue tools. For instance, numerous emergency response entities are currently testing specially designed rescue drones in the field. Researchers at the University of Zurich in Switzerland recently developed an unmanned aerial vehicle that use machine learning software to learn mountain ranges and trails, and spot lost climbers and hikers, DZone reported. Such technology would drastically accelerate high-altitude search and rescue operations, and allow park rangers to respond to the thousands of distress calls they receive annually.

Fire and police departments are also deploying drones in emergency situations. However, such devices offer operational support rather than on-the-ground search assistance, according to BBC. Developed by Nokia, Cell on Wings disperses 4G mobile networking signals that lend emergency response teams the bandwidth they need to conduct operations in cell-tower-deficient rural areas and other spaces that cause connectivity issues. These devices can fly in place for 24 hours straight at a maximum height of 550 feet, facilitating networks encompassing more than 20 miles. As more search and rescue teams adopt wireless technology and swap radio-based communication systems for cellular networks, support devices of this kind will only increase in importance.

The future of search and rescue
The tools mentioned above demonstrate the sort of power IoT technology can lend emergency response teams navigating treacherous situations. More importantly, this progress is not theoretical. Just last month, everyone around the world watched as teams in Thailand leveraged the latest IoT technology to execute one of the most astonishing search and rescue operations ever seen. Emergency response organizations are bound to follow in the footsteps of specialists at Tham Luang and look for ways to deploy IoT technology and other similar innovations in the field.

As fired, police and first responders embrace specialized connected devices, Perle will be there to offer the essential infrastructure needed to deploy IoT in challenging environments. Connect with us today to learn more about our work.