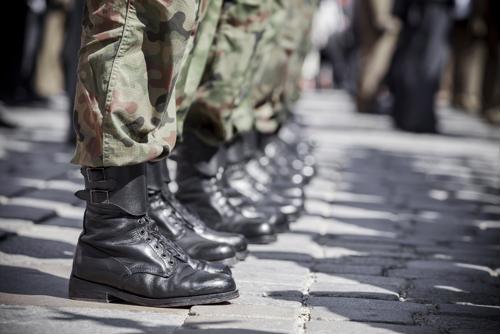 The internet of things (IoT) has changed the way technology is utilized across all facets of numerous industries. One sector at the forefront of cutting-edge IoT integration is the United States military. The internet of military things (IoMT) harnesses the latest in critical data collection, processing and utilization advances to create tactical operations advantages. From autonomous combat systems to wearable tech, here's how the IoMT is augmenting performance in the sector.

The autonomous debate
The application of artificial intelligence can be observed in multiple facets of the U.S. military.

The protocol regarding autonomous and semi-autonomous weaponry was documented by the Pentagon in 2012 with the release of Department of Defense Directive (DoDD) 3000.09 Autonomy in Weapons Systems. The document outlined the need for people – not AI systems – to apply the laws of war, ensuring target engagement decisions remained under human control.

The Directive was updated in 2017 to reflect consideration of the advances of autonomous systems that weren't available in 2012 and was reviewed once more in 2019. Though the U.S. directive was praised for holding the moral high ground by ensuring lethal force was authorized by a human, concerns have been raised that other nations may not employ the same level of restraint. This outcome potentially places the U.S. at an operational disadvantage as autonomous systems evolve.

Autonomous weapons and systems may be used to apply non-lethal, non-kinetic force and have been utilized in everything from precision targeting to surveillance. Drones capable of capturing reconnaissance data instrumental in the operations in which human insertion is limited or dangerous have fully autonomous functionality.

Advancements are being made outside of the U.S. as well. Forbes highlights the recent success of a Marker unmanned ground vehicle (UGV) deployed along a 100-kilometer route. The fully autonomous vehicle communicated with, carried and launched a drone swarm during a five-hour operation.

A Wearable Technology Insights report outlines Rice University's project to create a Smart Helmet using 3D printers. Equipped with a nanomaterial-enhanced exoskeleton, the lightweight helmet is set to contain lenses that eliminate the need for heavy glasses. Rice University Institute of Biosciences & Bioengineering executive director, Paul Cherukuri, has designed Teslaphoresis. Described in the article as a 'kind of tractor beam for nanomaterials' that works to provide shielding for the wearer. Combined with inner layers housing power and advanced sensors, the helmet aims to arm today's soldiers with a light and durable alternative to currently applied varieties.

Military + Aerospace Electronics details the use of electrophysiological sensors to monitor everything from cortisol levels to interstitial fluid (ISF). Designed to be lightweight, this tech will allow military leaders to implement a level of physiological monitoring to wartime fighters that is not currently in play.

One of the challenges of future soldier (the term oft-used to describe a range of soldier-worn tech) implementation is related to the dimensions of the wearable tech itself. Size, weight and power (SWaP) considerations and focus have led to the development of micro-and nano-scale connectivity products. HSC connectors – fully shielded and supporting high data rates – are not only smaller in size but tested for submersion in depths of 20m (65.6ft), allowing for combat theater deployment in various environments.

With a multitude of peripherals delivering data to a warfighter's equipment, today's wearable devices must allow for a high degree of interconnectivity and shielding. Environmental factors such as water, dirt and dust are taken into account and the latest wearables boast resistance to ingress to function in hostile climes and situations.

Perle fiber media converters assist global security giant
The integration of systems and networks is vital for today's military. To learn more about how Perle is ensuring mission-critical application and success with industry leaders like Lockheed Martin, visit our case study page. Protecting highly sensitive data with fiber media converters ensures future soldier tech is housed securely and with increased lifetime and safety considerations. Industrial Ethernet Switches can withstand temperatures of -40°C to 75 and are approved for usage in hazardous situations. Perle offers a variety of tech solutions which can be employed virtually anywhere the task at hand requires. The U.S. military can count on Perle products to withstand the elements and data demands placed upon them.