IoT in education: Bigger than the connected classroom 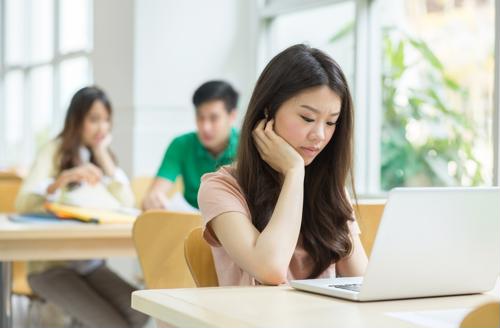 Technology associated with the Internet of Things continues to affect myriad industries, most notably the education space where professors and teachers are using connected devices to prepare students for the future. More than 8.3 billion IoT devices are expected to gain service this year, according to Gartner. K-12 schools and institutions of higher education are bound to account for a significant number of these activations. However, this sector-specific shift extends far beyond the bounds of the classroom. Innovators in the education space strive to deploy IoT technology in novel ways never seen before to improve the entire learning experience.

New safety solutions
Apart from actual instructional quality, student safety could be the most important concern among parents and educators. Unfortunately, violence is common within the classrooms and corridors of American colleges and grade schools, according to the Department of Education. During the 2013-2014 school year, an estimated 65 percent of public schools recorded one or more violent altercations. This figure accounts for more than 757,000 crimes. Just under 30,000 documented offenses occurred on college campuses over the same span.

In addition to strengthening existing safety protocols, many institutions are adopting IoT devices to bolster these strategies, Ed Tech reported. For instance, some are looking into student cards embedded with radio-frequency identification chips. This technology allows information technology personnel to track cardholders as they move throughout the school. These fixtures could prove useful during emergency situations. Another class of monitoring devices made for physical spaces may offer similar benefits, according to EDUCAUSE. For example, wireless noise detectors could theoretically pick up the sound of gunfire and alert both administrators and authorities. Connected lighting systems can keep outdoor spaces lit, reducing the likelihood of crime. Analysts at Samsung postulate that IoT-infused door locking networks may make it easier to protect students during lock downs.

These innovations have the potential to greatly improve school safety and facilitate stable environments in which students can focus on their studies rather than their personal wellbeing.

Streamlined facility management
Smart home devices such as web-connected thermostats and light bulbs are among the most popular and numerous IoT fixtures on the market. Enterprise versions perform well too, as businesses look to streamline their facility management practices and save money. Many educational institutions are considering following in the footsteps of these adopters, according to Ed Tech. Innovators in the space foresee a future in which building sensors allow executive leaders and planning personnel to carefully conceive indoor spaces for maximum efficiency. Smart parking lots are another possibility. These areas would leverage IoT to provide visitors with driving directions or track suspicious automotive activity.

Some schools have already acted on these ambitions. For instance, Carnegie Mellon University in Philadelphia recently equipped facilities with cutting-edge IoT fixtures. Now, advanced sensors track building temperature fluctuations and interior lighting trends. However, the school has yet to tie these disparate devices into an overarching management platform. That said, CMU is moving in this direction. It partnered with IBM in 2015 to create a cloud-based solution that alerts building management personnel when indoor conditions move out of preset efficiency thresholds, allowing the school to make the proper adjustments and save money.

Machine-to-machine IoT technology could lead to even more extreme advancements in the arena, according to Campus Technology. These items use web-connected sensors to communicate without human intervention. For example, an auditorium equipped with M2M IoT equipment might recognize an instructor as he or she enters the room and adjust the lighting and technology to accommodate the individual's instructional style. This capability alone can lead to more efficient staffing practices, as facility personnel are no longer needed to adjust computer or projector equipment.

Together, these facility-based IoT devices open up new opportunities for institutions looking to save on operational costs and maximize workforce productivity.

"IoT devices open up new opportunities for institutions looking to save on operational costs."

Moving instructional practices forward
IoT technology has been shown make an impact in the classroom. However, these fixtures can bolster learning in other ways. For example, connected school buses are on the rise, according to eSchool News. K-12 institutions across the country have adopted these Wi-Fi equipped behemoths in an attempt to extend the school day and provide less fortunate students - especially those in rural areas - with access to functioning internet, a necessity in his day and age. Last year, Decatur City Schools in Decatur, Alabama, rolled out new school buses that double as internet hubs. Officials for the school system launched the program after discovering that students were unable to complete assignments at home via school-issued laptops. Proponents of this approach have suggested retrofitting it for use on college campuses, Business Insider reported.

IoT sensor technology holds similar promise in the area of instruction. Forward-thinkers in the education space believe RFID-enabled IoT items could allow institutions to collect data on students and offer specific feedback that may help them improve academically. Of course, this approach brings to the fore myriad privacy concerns. That said, new-and-improved IoT could make ethical activity monitoring possible, restricting data access to authorized personnel only.

The IoT has the potential to transform the education sector, giving K-12 and college administrators the power to implement advanced support networks that help students reach new heights. As this sea change plays out, Perle will be there to support institutions pursuing large-scale IoT adoption. Top-tier universities such as the Massachusetts Institute of Technology, UCLA and the University of Cambridge buttress their networks with Perle media converters and serial cards. Connect with us today to learn more about our work in the education field.