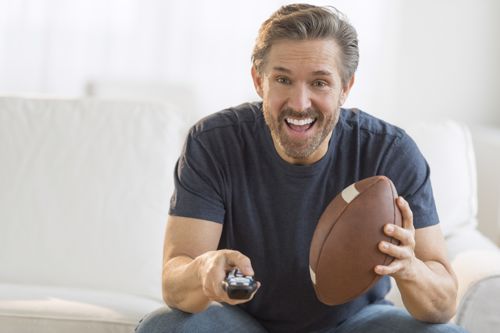 February 13, 2022, will see NBC Universal broadcast Super Bowl LVI to millions of households around the world. The NFL Championship game kicks off from SoFi Stadium in Los Angeles boasting a plethora of technological advancements. Here are some of the ways the Internet of Things (IoT) is enhancing the experience.

Whether promoting a first-of-its-kind offer  to scan an on-screen code for a free bag of Cheetos or having job listings highlighted by virtue of the AR lens, last year's game set the bar high for tech innovation.

This year, Pepsi plans to up the ante with the Pepsi Super Bowl LVI Halftime mobile app. Brand-Innovators detailed the exclusive content, contests and augmented reality segments set to hype the event. Behind the scenes trailers tell the story of how performers Dr. Dre, Eminem, Snoop Dogg, Mary J. Blige and Kendrick Lamar are preparing for the show, with music drops and other surprises to come when the app officially launches.

As NBC prepares to broadcast this year's game as part of their Sunday Night Football series, a new graphics package will be showcased, with an increased spotlight on AR technology. The debut of virtual graphics – captured via a Steadicam on the field – will display stats and iconography direct to living rooms. SoFi Stadium's LED halo scoreboard will also play host to enhanced virtual graphics during the course of the telecast.

Goal line cameras, sideline cameras, endzone cameras – football fans can rest assured that every play will be shot from multiple angles. Replays and slow motion looks will be available in high definition – although one component of broadcasting technology will be absent from this year's show.

For the second year in a row, the Super Bowl will not be available in 4K. Fox Sports debuted the option with some of its Thursday Night Football games in 2019 and remains the only network to have delivered this upscale HDR offering. As the host of 2020's Super Bowl, the Fox broadcast of that year remains the only time viewers clamoring for 4K were satiated. The cameras that day captured the event in 1080p and HDR, then upscaled it for broadcast, rather than filming the event live in true 4K resolution.

Juggling AR infused graphics packages with sideline cameras and a pulley and wheel tracked NFL SkyCam makes packaging live content into a comprehensive 4K offering a logistical nightmare. By focusing on handheld interactivity and tech innovations in the IoT space, NBC plans to dazzle viewers with an array of first-class entertainment —to say nothing of the game itself.