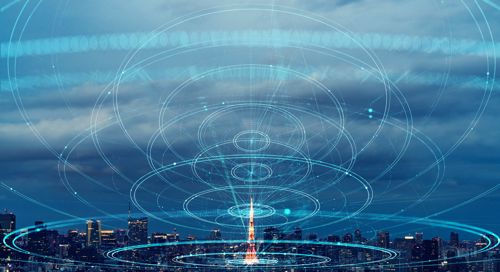 As more locations worldwide adopt 5G technology, reports of the sixth-generation (6G) wireless communication systems are beginning to go from a hypothetical possibility to planned reality.

This article will examine the ways 6G could impact the way we communicate.

The rise of 6G?
A February 2022 Lifewire article detailed the possibilities of a 6G wireless network, highlighting the relatively short period of time in which cellular technologies have scaled from 1G to 5G. The article stated that, while an official 6G designation may not be the final given nomenclature, Asian markets may adopt the 5G successor as early as 2030.

Due to the length of development time needed to scale such advancement, we may hear of 6G testing trials in 2022 — well before current 5G systems are implemented globally.

Hologram calls and the arrival of future tech
Holograms in the boardroom, and sight powered internet suggestions? It sounds like the stuff of sci-fi dreams, but according to a report published by IEEE Spectrum, advances in 6G tech could make it a reality.

With potential ultrahigh frequencies, and 100 gigabits per second (Gbps) data transferring, a world in which rendered local presences – holograms – are beamed directly from cellular devices into living and boardrooms around the world may be an eventuality.

The 6G article referenced Harsh Tataria and collaborating authors citing a paper published in Proceedings of the IEEE. The paper claims that the transmission of multiple viewpoints accounting for instantaneous data factors could make Holo-calls a very real part of everyday life.

Haptic happenings
Haptic technology, commonly referred to as 3D touch, could see further exploration in a 6G landscape. Currently integrated with virtual reality (VR) and artificial intelligence (AI) applications, the possibilities of a world in which internet browsing is done with sight, sound and touch markers are increasingly being researched.

Integrating with the internet via a series of augmented reality experiences could be further defined, with total immersion via rendering and holographic software leading to new frontiers of connectivity.

The race to 6G
Terahertz frequencies made possible by 6G technology will mean semiconductor chips, and the hardware to house them could use a serious upgrade.

The possibility of transitioning from the current, 1 Gbps data transfer speeds to 100 seems incomprehensible. Imagine a world where 1 terabit per second (Tbps) is a reality? According to a whitepaper published by Keysight, this exponential increase is the primary focus of 6G study.

Samsung Electronics have been vocal about goals to bring 6G to the world before 2030. NepaliTelecom notes that the successful test of a terahertz frequency between the South Korean business conglomerate and researchers from the University of California, Santa Barbara highlights the potential of a 6G-enabled wireless world.

Perle powers 5G with an eye towards the future
Semiconductor manufacturers like Broadcom count on Perle Terminal Servers to power advancements in research and development technology. In the race to build 6G capable semiconductors and hardware, today's manufacturers count on reliable Perle LTE Routers for 5G connectivity, with integrations designed to facilitate change in a rapidly-evolving industry.