Municipal IoT Projects: An Opportunity on the Rise 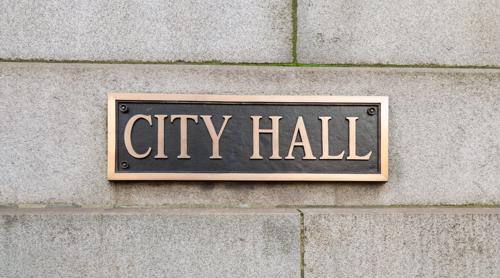 One of the most exciting aspects of the internet of things (IoT) comes from the fact that its core concept — digital sensors turning everyday items "smart" — applies in so many cases. Nearly every industry and sector can make use of the new generation of IoT equipment, and that includes municipal governments.

Public sector technology adoption is always somewhat complicated, with budgeting, approvals and data security all being major concerns. With that said, the upside for governments that make the leap can be significant.

A city that empowers its various departments with an infusion of IoT technology is well positioned to reap the same kinds of rewards companies see when they invest in modernized digital systems. This can include smoother workflows due to new sources of data, as well as the greater productivity that comes from automating manual tasks.

Examples from the public sector world show the ways some municipalities are already innovating with the aid of the IoT.

Amazon Web Services recently highlighted one of its own projects as a viable use case for cloud computing and the IoT at a city level. Garbage trucks in the city of Santa Fe, New Mexico now serve as data collection stations. Through an app, drivers can log information about everything from missed trash pickups to vehicle problems and even instances of graffiti.

The service provider noted that the deployment is an IoT project in spirit more than in practice, as it involves using smartphones rather than attaching sensors directly to city assets. With that said, the results show off the potential of such efforts. Garbage and recycling truck drivers can create a better experience for residents, sharing data about why their bins couldn't be emptied. It also allows them to send data back to the department of public works for assignments, like graffiti clean-up.

With the vast number of data points coming in from the whole waste collection fleet, city planners can create a virtual map of real-time conditions on each street in Santa Fe. AWS points to the deployment as an exemplar of a new kind of municipal technology deployment, one that can fuel sustainability projects, improve day-to-day living conditions for residents and encourage budget efficiency.

Municipal IoT Has a Bright Future

There are an unlimited number of ways to use IoT principles in the improvement of local spaces and programs. According to Architecture & Governance, a good example comes from Berlin's experiment around caring for trees on public land. The city can monitor the status of each tree and determine its ideal care based on factors such as rainfall and air pollution.

When cities find IoT applications that provide tangible value, they can share these projects. This means every municipal government technology department can serve as a kind of testing ground for others. Due to the adaptability of IoT sensors and the related data management tools, it's clear to see how projects could move beyond humble beginnings to create data-driven management for numerous aspects of civic management. Everything from lampposts to city garbage cans can be a site for sensors.