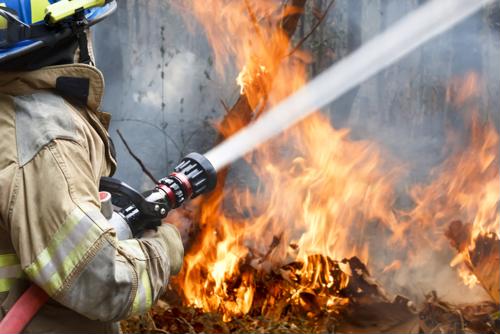 As technology continues to evolve, researchers are on the lookout for new ways to leverage IT solutions to help solve complex challenges. From enhancing pedestrian safety at busy intersections to increasing crop yields on industrialized farms, there's no shortage of opportunities to make real-world applications more intuitive, automated and efficient.

The rise of the internet of things, among other innovations, has provided consumers and enterprises with greater device-to-device connectivity than ever before, opening up new possibilities for combating life-threatening disasters like floods, hurricanes and wildfires. But how can IoT tech empower individuals and governments to take decisive action when lives are at stake?

Wildfire detection and mitigation
Wildfires have captured the attention of global audiences thanks to several high-profile incidents that caused major losses in the U.S. and Australia. In 2019 alone, there were more than 50,000 wildfires in the U.S., according to the Insurance Information Institute, resulting in around 4.7 million acres being burned. Australia's record-breaking bush fires also ravaged more than 11 million hectares of land in New South Wales and Victoria, the BBC reported. What makes these types of disasters especially troublesome is that they can be difficult to predict and control, forcing government agencies to adopt a reactive approach to fire suppression. But recent innovations in IoT sensors may have given researchers an edge in combating wildfires both domestically and abroad.

In a 2019 interview with Federal News Network, senior science adviser for the Department of Homeland Security's Science and Technology Directorate, David Alexander, discussed a new program aimed at reducing the frequency and severity of wildfires. The project represents the newest partnership between the DHS and the Federal Emergency Management Agency, and seeks to enhance wildland fire research through the use of internet-connected devices.

"[E]arly fire detection and the ability to track more precisely and in more near real time the propagation of those fires, the movement and growth of those fires is an important aspect. Being able to do that with a variety of sensors, whether it's sensors that are deployed in specific locations that are high risk, no different than us deploying flood sensors in high risk stream locations, or it's using new unmanned aerial surveillance systems or new Earth observing systems," Alexander said.

If successful, these observation systems - particularly those that use satellite transmissions - would be able to detect a fire "within 10 minutes" and send advanced notice to first responders about the evolving conditions. Real-time data would be collected from ground sensors positioned in high-risk regions, acting as an early warning system and data-gathering tool. Once collected, this information would then be aggregated with measurements taken by the National Weather Service and other trusted agencies.

The role of artificial intelligence
Another aspect of the DHS's wildfire suppression project has to do with how data gathered from observation systems is translated into actionable recommendations. The massive amount of data generated by IoT applications isn't valuable on its own, as it requires either a human operator or AI-powered system to make sense of the information. Using machine-learning and AI, the DHS hopes its system will be able to identify false positives and make accurate predictions about how wildfires will expand over time. This, in turn, would enable a faster response and may push local officials to evacuate at-risk individuals before a fire grows out of control.

Before the project can move out of the R&D phase, however, researchers must first verify that the system is able to collect highly accurate and detailed information on environmental conditions. This includes measuring key indicators of fire events such as smoke, particulate matter in the air, changes in humidity and other climate considerations. Training their wildfire detection system to recognize these (sometimes subtle) changes will require a good deal of trial and error, which is why the DHS is partnering with other organizations to help enhance existing wildland fire networks.

Some of the more interesting use cases involve integrating spectrometric cameras and thermal imaging to help analyze local conditions, according to a 2019 article from IBM. Such a system would give first responders real-time data on wildfire propagation - smoke patterns, temperature spikes, light variations, etc. - and may even help officials predict when and where they will occur. IBM also announced its working on a new vegetation management platform that could help energy companies identify trees, shrubs and other plants that may pose a risk to high-tension power lines. Improper utility line clearance (on the part of Pacific Gas and Electric Company) caused 1,500 California wildfires between 2013 and 2019, Business Insider reported, leading to roughly 85 deaths and destroying more than 18,800 structures.

Developing an advanced wildfire detection and mitigation system will require reliable networking tools that can keep data flowing when it matters most. Luckily, Perle offers industrial-grade connectivity tools that can hold up in the harshest conditions. To learn how our Ethernet media converters and hardened switches can support your organization's sensitive R&D efforts, read some of our customer stories.