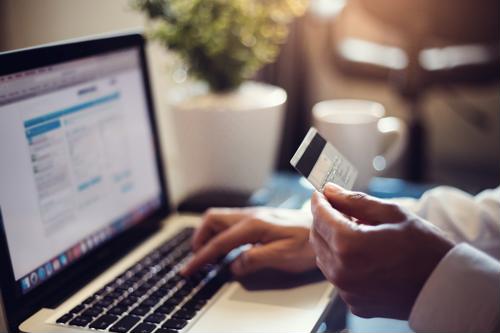 The continued development of connected mobile technology has transformed the financial industry. Today, customers can easily manage their accounts via mobile devices. Some institutions even offer advanced online portals that facilitate more complex fiscal maneuvers such as applying for and obtaining a mortgage loan. These cutting-edge product offerings carry transformative implications for the industry and the banks themselves.

One major sea change that has unfolded as the result of the rise of online banking is the disappearance of physical retail branches. Larger institutions such as Bank of America, JPMorgan Chase and Wells Fargo have drastically decreased their brick-and-mortar networks in recent years, CNN reported. For instance, Bank of America has shuttered 15 percent of its retail locations since 2012. This trend is likely to continue as mobile banking solutions grow in complexity. In fact, some industry experts believe retail branches will disappear completely - and soon, according to CNBC.

"Finance will be the most disrupted industry in the next 10 years," Peter Diamandis, co-founder of the Silicon Valley-based think tank Singularity University, told the news organization. "Bank branches will most be gone ... this decade."

Trading the physical for the digital
As with many widespread technological trends, millennials are driving the move toward online banking, according to research from First Data. Individuals born between 1981 and 2005 control an estimated 46 percent of all U.S. income and prefer smartphone-based communication. Consequently, 94 percent of these consumers participate in online banking programs and nearly one-third are open to branchless digital banking. Why?

A majority of millennials hold a different view of the relationship between the financial institution and the consumer, First Data found. While those from previous generations took comfort in connecting with banks on a personal level, modern twenty- and thirty-somethings are more transactional - all they ask is that banks deliver on core competencies and nothing more. For this reason, millennials see few benefits in physical locations when they can bank via mobile devices.

Additionally, most are interested in data-backed services that require little human intervention, including real-time spending analysis and money management. More personalized services such as mortgage lending are losing traction among this generation, the members of which continue to grapple with the effects of the Great Recession. Recovery in the housing market has pushed home prices out of their reach, all while they continue to pay down an estimated $1.4 trillion in student debt, according to Business Insider.

This state of affairs has forced millennials to focus on simply surviving and, in turn, reduced overall demand for baking services traditionally rendered in person.

Of course, older Americans are also embracing digital banking but for different reasons, American Banker reported. More than 70 percent of baby boomers conduct transactions via online portals at least once per week, according to survey data from Gallup. Convenience is the primary driver here, as these customers would rather manage their finances from the comfort of their homes rather than take time to visit a retail branch.

Financial institutions react
This sea change has spurred significant investment in digital technology within the financial sector. Banks spent more than $73 billion on information technology last year alone, according to the International Data Corporation. This figure is expected increase exponentially, as the customer pool for online banking grows larger. Soon, the IT may become synonymous with operations in the financial industry, according to American Banker. Last year, the publication connected with chief information officers at dozens of banks and asked them to list their priorities for the upcoming year. Compliance, security and lending ranked among the top five most common responses. This suggests that IT departments are quickly taking over areas of the operation once left to other divisions.

"The rise of digital is really changing what it means to be a bank," Stephen Greer, an analyst for the financial services firm Celent, explained to the publication.

Materially, this means moving away from traditional services dependent on geographical reach and moving toward streamlined business models based on easy-to-access digital technology. This market-wide shift has spurred a widespread reduction in physical retail branches. While big banks like Chase are taking it slow, this movement is bound to accelerate with time, Tearsheet reported.

"Today, four out of every five monetary transactions are completed through our self-service channels, but we still see meaningful opportunities for improvement," Thasunda Duckett, CEO of consumer banking for Chase, explained at a February company meeting covered in Tearsheet. "Last year, we had over 400 million transactions being completed through our tellers, 70 percent of which could have been done through our self-service channel. So in the year ahead, you're going to continue to see us focus on migrating more of these transactions to digital."

As this shift continues to unfold, Perle will be there to provide financial institutions with the key connective infrastructure they need to future-proof their operations. Connect with us today to learn how our console servers and media converters help power major finance organizations such as Deutsche Bank and the TD Bank Financial Group.