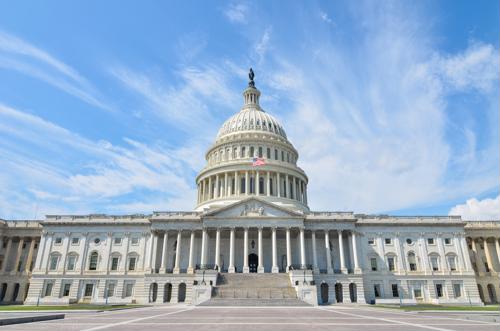 The Federal Data Center Consolidation Initiative was established in early 2010 as a means of stemming the tide of Big Data that was set to overwhelm several government agencies, says CIO.gov. In addition, the consolidation of data centers using compatibility tools like serial-to-Ethernet devices stands to greatly reduce energy use at facilities across the nation. The initiative has had a huge influence on the makeup of data storage facilities run by the government. The U.S. Government Accountability Office reports that agencies were able to collectively shut down 420 data centers since 2012. Agencies are being urged to close another 548 data centers by 2015, and legislators are urging the effort along by turning the initiative into a law.

Consolidation law in progress
The bill that would ratify the Federal Data Center Consolidation Initiative into law was recently approved by the Senate and now heads to the House of Representatives. The language of the bill would press government agencies to speed up their consolidation process by requiring progress updates and full, verified inventories. Data Center Knowledge noted that the bill is backed by the IT Industry Council and the Government Accountability Office. Support by the U.S. GAO is no surprise, however, given the office has repeatedly listed its own lack of authority as a major barrier toward the completion of the initiative.

A need for accountability
In March 2013, the Government Accountability Office released a report detailing potential hurdles for the FDCCI. In the report, the GAO notes that three agencies are chiefly responsible for performing oversight over the agencies tasked with consolidating data centers. The Data Center Consolidation Task Force, the General Services Administration Program Management Office, and Office of Management of Budget each handle a different aspect of keeping agencies accountable for their progress. However, the GAO report from March also notes that the three agencies were prevented for exercising their oversight on multiple occasions. The ratification of the FDCCI into law is in part a reaction to the challenges listed in the GAO's study.