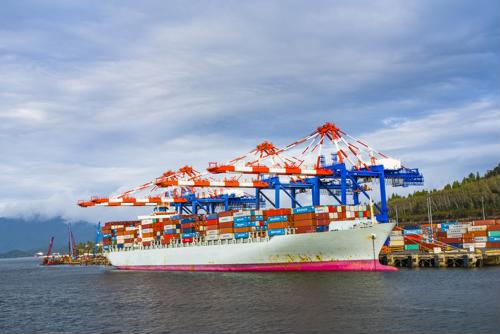 Shipping continues to be vital to the world's markets. The United States owes much of its success as a world power to its easy access to both the Atlantic and the Pacific oceans. As countries continue to trade more with one another, ocean shipping is paramount.

In early times, this meant employing hundreds if not thousands of crew to work these ships. Now, however, technology has begun automating this process. Internet of Things-enabled devices and robotics downplay the significance of manual labor and shift the burden to network infrastructure.

Automation is on the rise
In August 2017, the first fully automated shipping vessel was announced. Expected to launch in 2018, Kongsberg Gruppen laid out its vision for what it believes will be the vessel of the future. Universal Cargo reported that this shift will make the human worker more of a manager and a support specialist, rather than an ordinary crew member. A large focus of this advance is to reduce the number of lives lost in rough weather, removing the human cost from the ocean shipping industry.

Increasing ease of communication
However this dream must be grounded in reality in order to succeed. For a fully automated ship to be able to adjust course effectively, instant communication with a land-based control center is paramount. Electromagnetic interference is a large problem when transmitting data from the ocean.

Perle has experience fighting this problem. With Mullglen, we installed fiber media converters to purge EMI from sonar data. While an uninterrupted power supply can give equipment like sonar an efficiency boost, this increases the chances of an overload on the open ocean, especially if the vessel has other electrical systems to rely on.

Strengthening your network to support IoT-enabled ocean liners
Of course, even a sophisticated artificial intelligence will need assistance from shore from time to time. Perle already has experience developing equipment that must send a signal from the bottom of the ocean to a lab at the University of Victoria in real-time.

While it may be unreasonable to string fiber cables throughout the entirety of Earth's oceans, it makes sense to connect these to sensors on shore. Once the wireless data is received, it can be instantaneously read from a corporate headquarters, even one in land-locked Iowa. In the University of Victoria experiment, Perle was chosen because we can provide reliable data transfer, simple network management protocol and software selectable interfaces.

Once the data hits land, it must be relayed, interpreted and responded to before disaster strikes. A strong fiber optic network is the best way to ensure stability and speed in network connection.

"The traditional idea of robot appearance will be obsolete with material robotics."

Material robotics poised for another breakthrough
Of course, technology does not stand still. Companies still doubting whether or not a ship can be smart enough to function on remote human guidance should pay attention to the developments happening in material robotics.

Material robotics goes a long way to fix two of the largest problems limiting robotic interfaces: Robots cannot see and touch the way that humans do. When a human looks at an object, there is an intrinsic understanding that takes place. Likewise, the nerves in our fingers immediately tell us the condition of the material we're holding - soft, hard, brittle or sturdy. Current robotics cannot do this without complex amounts of calculation and data inputs.

However, material robotics place the "brain" in every part of the machine. Modelled after animals like octopuses and cuttlefish, this technology will bridge the gap and let an automated interface understand data instantly from any point. As Oregon State University reported, the traditional idea of robot appearance will be obsolete with this new tech. Robots and IoT-enabled devices will be streaming information like never before.

With the shipping industry continuing to embrace automation, faster and more stable online connections will provide a boost to efficiency. As more technology providers offer IoT-enabled smart products, Perle will be there to provide the critical networking infrastructure required for continued profitability and productivity increases. Connect with us today to learn more about our work in the marine shipping space.