Stanford, Cambridge University, MIT and UCLA are among Perle Customers

“Budget allocation for IT spend at Educational Institutions has not increased at a pace that meets the demands placed on the network infrastructure by the rising number of students,” comments Joe Perle, CEO at Perle Systems. “We work closely with IT Administrators around the world and have compiled some common applications and solutions to meet the challenges they face every-day.” 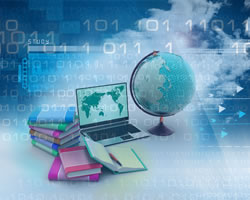