Bloomberg suggests the U.S is emerging as the most likely candidate to power world growth

NASHVILLE, TN - March 24, 2015 — According to Bloomberg, the economic prediction for 2015 is growth. A burst of capital spend is on the horizon because companies, who are sitting on record amounts of cash, did not previously feel any pressure to update manufacturing plants. New technology investments will determine who gets ahead and who falls behind.¹ Perle Systems, a manufacturer of advanced Serial to Ethernet and secure device networking solutions, has experienced a significant increase in business from the Industrial Automation sector and supports this view.

“The Industrial Automation Industry is notoriously conservative and, some might say, has a long way to catch up when it comes to technology advances,” comments John Feeney, COO at Perle Systems. “The amount of new business and scale of upcoming projects we have won suggests this Industry is recovering and is ready to modernize networking infrastructure on the plant floor.”

The vision of “lights-out” manufacturing was born in the 1980’s. This concept, in which the lights can be switched off leaving everything to automated systems and robots, has remained largely a dream -- especially for small to medium companies with limited resources. However, solutions such as Perle device networking hardware, have enabled companies in the industrial sector to increase efficiency by securely networking PLC’s, CNC’s and process control equipment. Building safety is being improved and energy costs reduced by using solutions to remotely manage security systems, HVAC, and lighting over a single building management network. 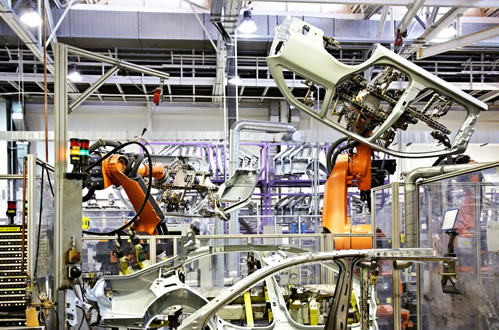 “Perle has been working with companies like the Wood Group, Subsea7 and Tesla Motors for years as they invested in automation projects,” according to Feeney. “But during 2014 we saw a spike in enquiries and sales into the industrial automation industry and we are currently working on a record number of new projects with Industrial Engineers to provide the right solution for their unique network requirements.”