Challenges of video surveillance and how to avoid them 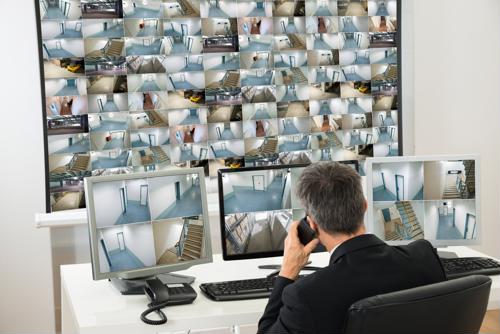 Protecting homes, businesses and communities from external threats is a top priority for many. One of the easiest solutions is installing a video surveillance system – video cameras attached to watched monitors that track intruders – so that any threats may be witnessed and potentially even stopped before they take place. The surveillance technology market is continuing to grow and jumped from $83.01 billion in 2020 to $90.33 billion in 2021 according to Statista.com.

We know that surveillance can deter theft and other crimes, and that these cameras can provide evidence when perpetrators do act. There's a certain amount of trust we place in surveillance, to operate effectively and efficiently, to provide valued data and to be vigilantly watched. Indeed, most have become so used to video surveillance it's almost second nature to rely on the camera that sees all. Given the dependency on these systems, however, it's worth taking a look at a few challenges that still exist in recording and using video surveillance and how to eliminate them.

Challenge: Data loss
Because there is so much reliance on surveillance systems, data loss in the event of system failure or external circumstances can be detrimental. Residential and commercial use of security cameras requires the recording to be well documented and secure, so that information isn't easily lost.

The solution: The easiest way to resolve this issue, of course, is backing up the data on a cloud-based system. If the camera itself or the backup drive is compromised there will be an additional copy for authorities to review. When Perle aided Ali Controls in linking their security camera to the cloud, the system was innovated to rely on solar power for a continued and reliable energy source. Data loss was prevented with a cloud backup solution.

Challenge: Operator issues
Those who are responsible for watching video surveillance are only human, which means there can be opportunities for criminals to sneak into their blindspots or attack when operators aren't alert. In these cases, video surveillance can fail to accurately capture movement and track crimes as they occur.

The solution: It may seem like it's out of the future, but it's actually quite normal. AI is shaping the controls of surveillance, Forbes reports. AI tech can map and track occurrences. Combined with self-learning abilities, AI is able to improve upon human operations and analyze video footage in real time – even alerting the police if suspicious occurrences become apparent.

Challenge: Power failure
If the power goes out, and a surveillance system operates on WiFi, a camera's chances of catching anything on video are compromised. While there is a dependency on many power systems, there are some operational inefficiencies that are simply out of our control.

The solution: Connecting a security camera to another point of power or with a fallback network can keep operations running in the event of an outage. In some cases, connecting to electrical or solar power can alleviate this problem, as can connecting to LTE coverage.

Perle continues to support industries and businesses that require video surveillance and security. Read more about those who have already been helped by Perle systems and get the processing power you need for your secure camera surveillance today.